Keele is a village and civil parish in northern Staffordshire, England. It is approximately three miles (5 km) west of Newcastle-under-Lyme, and is close to the village of Silverdale. The village is recognized for its association with the University. But during the middle ages, Keele was a major route from the North-West to London for laden packhorses and caravans alike. Keele is served by a bus service between Newcastle-Under-Lyme and Nantwich via Crewe and also is served by a bus service to Stoke-On-Trent via Newcastle-Under-Lyme and Stone. Keele is featured on the UK 'Here and Now' edition of the board game Monopoly, released in September 2007, It takes the place of Fleet Street in the traditional version. 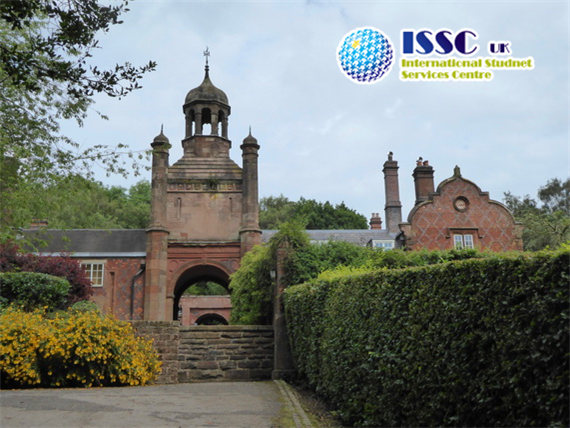 Keele University, officially known as the University of Keele, is a public research university located about 3 miles (5 km) from Newcastle-under-Lyme, Staffordshire, England. Keele was granted university status by Royal Charter in 1962. A science park and a conference centre complements the academic buildings, making it the largest campus university in the UK. The university's School of Medicine operates the clinical part of its courses from a separate campus at the Royal Stoke University Hospital. The School of Nursing and Midwifery is based at the nearby Clinical Education Centre. The university occupies a 625-acre (250 ha) rural campus close to the village of Keele and consists of extensive woods, lakes and Keele Hall set in Staffordshire Potteries.