Coventry is a city and metropolitan borough in the West Midlands, England. Historically part of Warwickshire, Coventry is the 9th largest city in England and the 12th largest in the United Kingdom. Coventry is 19 miles east-southeast of Birmingham, 24 miles southwest of Leicester, 11 miles north of Warwick and 95 miles northwest of London. The current Coventry Cathedral was built after the destruction of the 14th century cathedral church of Saint Michael by the Luftwaffe in the Coventry Blitz of 14 November 1940. Coventry motor companies have contributed significantly to the British motor industry. The Herbert Art Gallery and Museum is one of the largest cultural institutions in Coventry. As with the rest of the British Isles and the Midlands, Coventry experiences a maritime climate with cool summers and mild winters. 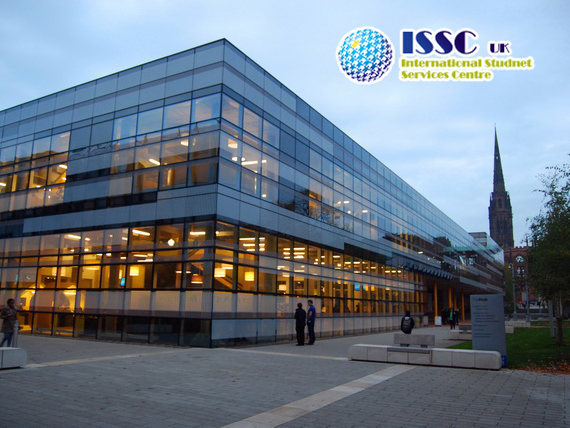 Coventry University is a public research university in the city of Coventry, England. It was formerly known as Lanchester Polytechnic until 1987, and Coventry Polytechnic until it was awarded university status in 1992. The university comprises four faculties which are made up of schools and departments which collectively run around 300 undergraduate and postgraduate courses. Across the university there are 11 research centres which specialise in different fields, from transport to peace studies. The university has two principal campuses: one in the centre of Coventry where the majority of its operations are located, and one in central London which focuses on business and management courses. Coventry is a member of the University Alliance mission group.