Lincoln is a cathedral city and the county town of Lincolnshire in the East Midlands of England. The earliest origins of Lincoln can be traced to the remains of an Iron Age settlement of round wooden dwellings that have been dated to the 1st century BC. Lincoln's major landmarks are Lincoln Cathedral, a famous example of English Gothic architecture, and Lincoln Castle, an 11th-century Norman castle. The city is also home to the University of Lincoln, Bishop Grosseteste University and Lincoln City Football Club. Lincoln is in a gap in the Lincoln Cliff 141 miles north of London, at an elevation of 67 feet above sea level by the River Witham, stretching up to 246 feet above sea level in the uphill area around the cathedral. Lincoln's economy is based mainly on public administration, commerce, arable farming and tourism. Bishop Grosseteste University (BGU) is one of two public universities in the city of Lincoln, England (the other being the University of Lincoln). BGU was established as a teacher training college for the Diocese of Lincoln in 1862. It gained taught degree awarding powers in 2012 and was granted full university status on 3 December 2012. The university is on a single-site campus in uphill Lincoln, a short walk from the historic Bailgate area, the Cathedral and Castle. The oldest buildings are on the Newport frontage, with the earliest, a building of 1841, in a Tudor revival or "Tudorbethan" style. It is in brick with stone dressings and has gabled dormers. Bishop Grosseteste University offers foundation and honours degrees at undergraduate and postgraduate level. 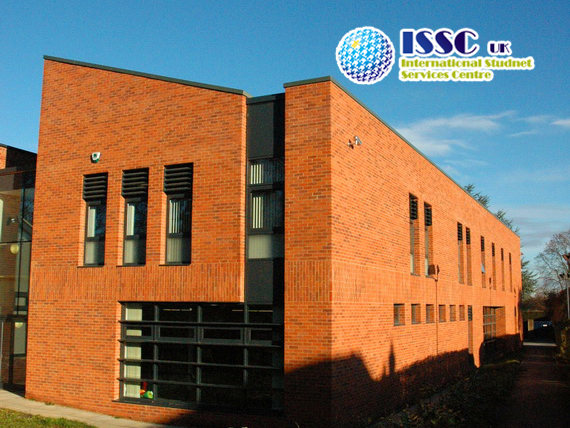