St Andrews is a town on the east coast of Fife in Scotland, 10 miles southeast of Dundee and 30 miles northeast of Edinburgh. The town is home to the University of St Andrews, the third oldest university in the English-speaking world and the oldest in Scotland. St Andrews, in particular the large cathedral built in 1160, was the most important centre of pilgrimage in medieval Scotland and one of the most important in Europe. St Andrews is also known worldwide as the "home of golf", this is in part because the Royal and Ancient Golf Club, founded in 1754. Today, St Andrews is served by education, golf and the tourist and conference industry. St Andrews has a temperate maritime climate, which is relatively mild despite its northerly latitude. Winters are not as cold as one might expect, considering that Moscow lie on the same latitude. 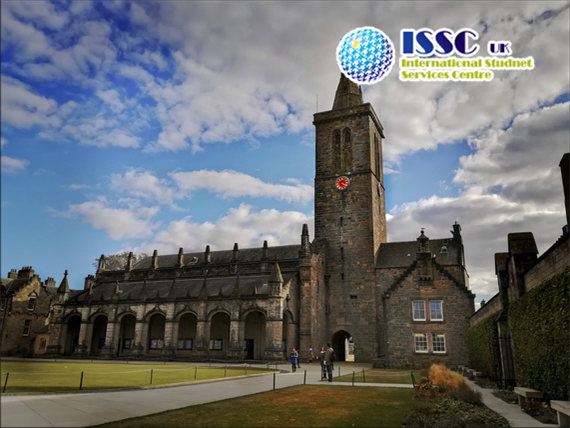 The University of St Andrews (informally known as St Andrews University or simply St Andrews) is a British public research university in St Andrews, Fife, Scotland. It is the oldest of the four ancient universities of Scotland and the third oldest university in the English-speaking world (following Oxford and Cambridge Universities). St Andrews was founded between 1410 and 1413. St Andrews is made up of a variety of institutions, comprising three colleges - United College, St Mary's College, and St Leonard's College. The university occupies historic and modern buildings located throughout the town. The academic year is divided into two terms, Martinmas and Candlemas. In term time, over one-third of the town's population is either a staff member or student of the university.