Southampton is the largest city in the ceremonial county of Hampshire, England. It is 69 miles south-west of London and 15 miles west north-west of Portsmouth. Significant employers in the city include Southampton City Council, the University of Southampton, Solent University, Southampton Airport, Ordnance Survey, BBC South, the NHS, ABP and Carnival UK. Southampton is noted for its association with the RMS Titanic, the Spitfire and more generally in the World War II narrative as one of the departure points for D-Day, and more recently as the home port of a number of the largest cruise ships in the world. Southampton has a large shopping centre and retail park, Westquay. The city's name is sometimes abbreviated in writing to "So'ton" or "Soton", and a resident of Southampton is called a Sotonian. 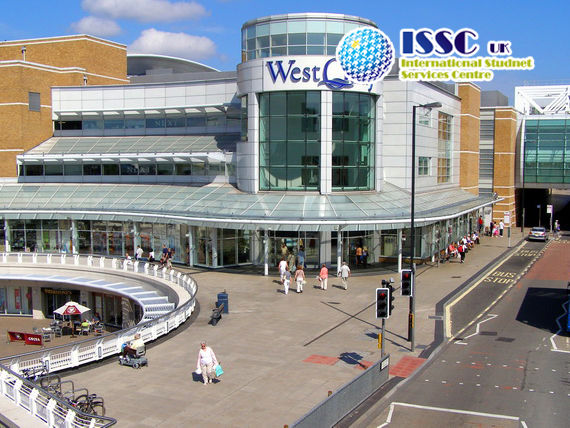