Belfast meaning "rivermouth of the sandbanks" is the capital city of Northern Ireland, located on the banks of the River Lagan on the east coast of Ireland. It is the largest city in Northern Ireland and second largest city on the island. By the early 1800s the former town was home to a major port. Belfast played a key role in the Industrial Revolution in the 19th century, becoming the biggest linen producer in the world, earning it the nickname "Linenopolis". By the time it was granted city status in 1888, it was a major centre of the Irish linen as well as tobacco-processing, rope-making and shipbuilding industries. Today, Belfast remains a centre for industry, as well as the arts, higher education, business, and law, and is the economic engine of Northern Ireland. Queen's University Belfast (informally Queen's or QUB) is a public research university in Belfast, Northern Ireland. The university was chartered in 1845, and opened in 1849 as "Queen's College, Belfast". The university forms the focal point of the Queen's Quarter area of the city, one of Belfast's six cultural districts. It offers academic degrees at various levels and across a broad subject range, with over 300 degree programmes available. Queen's is a member of the Russell Group of leading research intensive universities, the Association of Commonwealth Universities, the European University Association, Universities Ireland and Universities UK. The university is associated with two Nobel laureates and one Turing Award laureate. 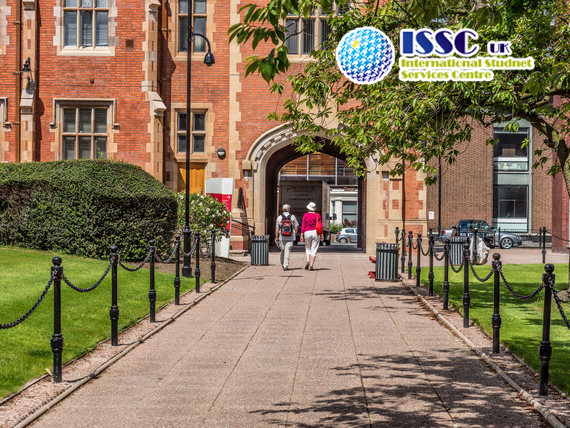