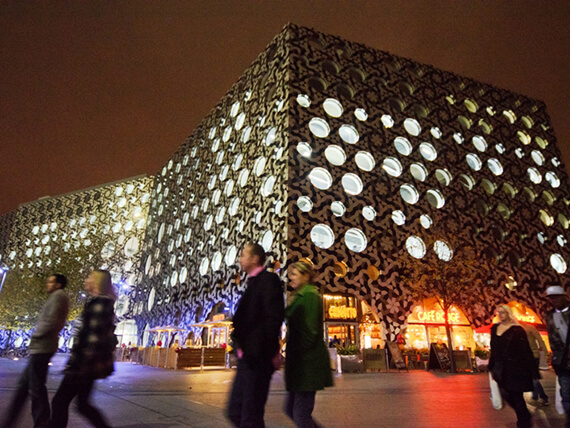 Ravensbourne University London (formerly Ravensbourne College of Design and Communication) is a digital media and design university, with vocational courses in fashion, television and broadcasting, interactive product design, architecture and environment design, graphic design, animation, moving image, music production for media and sound design. Ravensbourne was established in 1959 by the amalgamation of Bromley School of Art and the Department of Furniture Design of Beckenham School of Art. It was originally at Bromley Common and Chislehurst in outer London. It moved to a purpose-built campus in inner London on the Greenwich Peninsula in September 2010.